Under The Tree At Laughton Barns

So here is a shot from what I think was possibly the third wedding I photographed. It was certainly one of the earlier ones.

Taken during Natalie and Luke’s wedding at Laughton Barns in Sussex, I was still very much finder my feet and my approach back then.

I was also shooting a lot of film too – mostly of my family and various days out I was attending. And Luke, a friend who I had recently got back in touch with, noticed this and asked me to photograph his wedding, with one of the things he insisted on was that I shoot some film on the day.

So somewhat hesitate and somewhat nervous – (there’s no going back with film!), I bought along my Yashica Mat 124g – a very cool and retro-looking TLR – loaded with some Kodak Portra 400 and took a number of portraits.

Undeniably, this one is my favourite.

The light was really harsh on the day, so in an effort to avoid too manage that, I asked the happy couple to stand underneath a tree in the shade and walked around them until I found the right combination of light and composition.

Aside from asking them to stand next to each other, there was little direction on my part – lets face it, they both looked pretty awesome anyway, so getting a good shot of them wasn’t going to be hard!

I’ve not used my Yashica Mat 124g in a little while now. Think it’s about time I dug it out and had fired off a few rolls again! 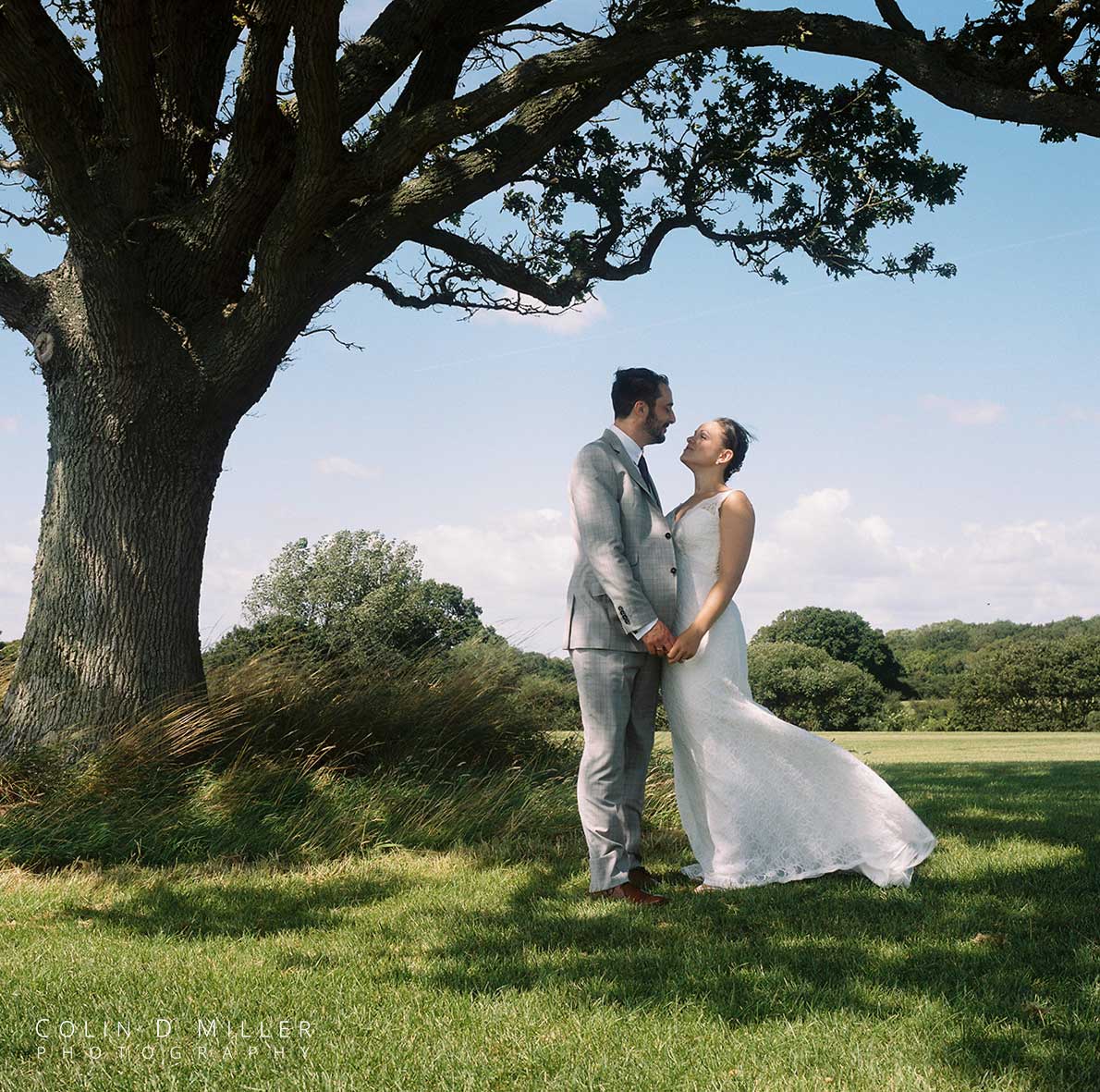 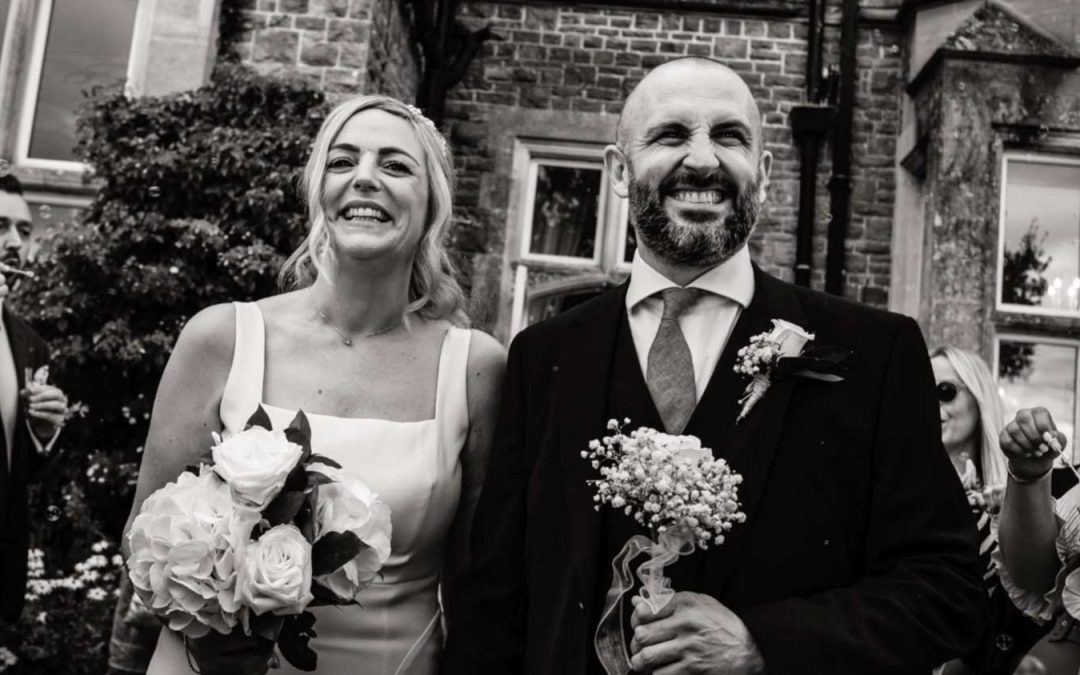 A short photo-film, telling the story of Abbie and Ian’s wedding at Hartsfield Manor in Surrey. 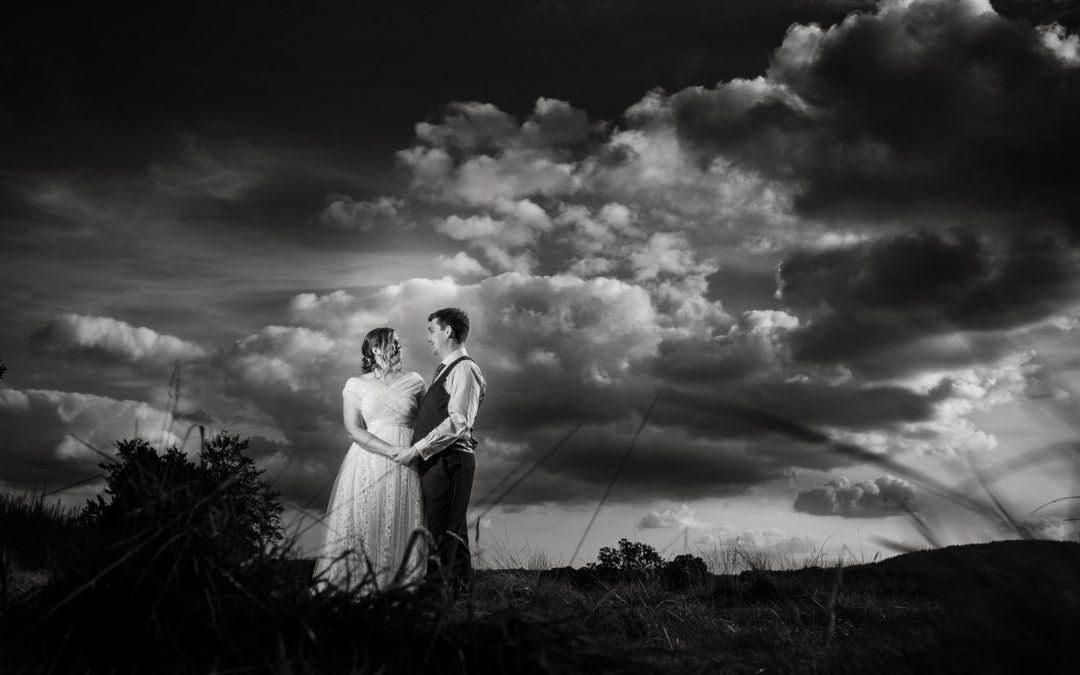 Lauren and Matthew’s wedding at The Gin Kitchen in Surrey 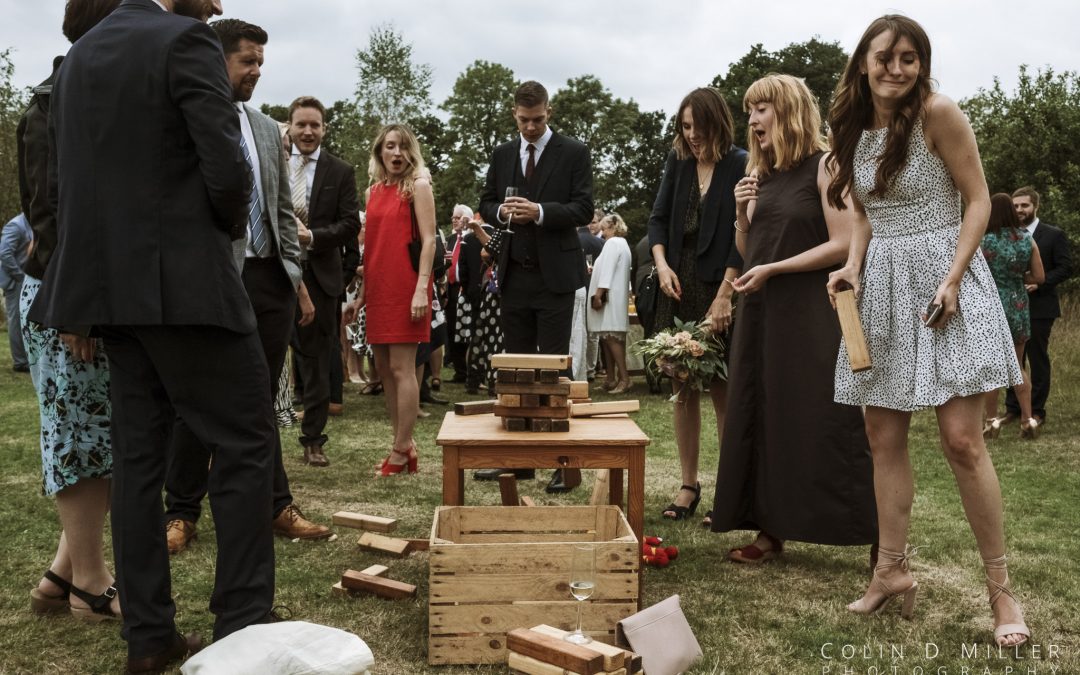 The Perils of Jenga!

Weddings should be fun for your guests and heres a photo that perfectly encapsulates that.

I shoot a maximum of 30 weddings a year, with key days booking up quickly. So please contact me with plenty of time to see if your date is available.

To discuss your wedding, get in touch with Colin D Miller Photography today.